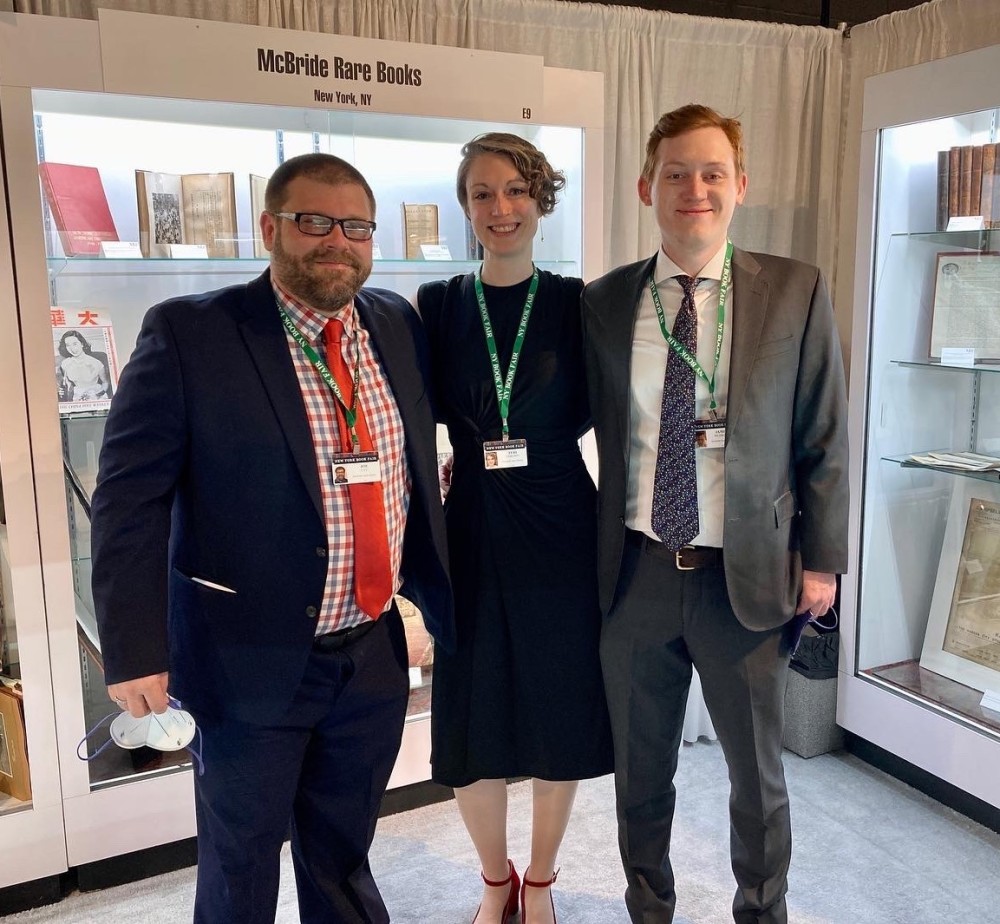 Teri Osborn graduated with a Master’s of Library Science from Indiana University in 2005, having specialized in rare books. She began her career as a rare book librarian at the American Antiquarian Society in Worcester, Ma., moving to the University of Alberta in Edmonton, and finally landing at the William Reese Company in 2008.  After nearly ten years with the premier Americana dealer in the country, she co-founded McBride Rare Books in 2018.

James McBride has a background in Classics, but has nonetheless embarked upon a career as a dealer in Americana. He earned a Master’s of Library and Information Science from the University of Texas in 2013, followed by a Master’s degree in the History of the Book from St. Andrews University in 2015. James joined the Americana Department at the William Reese Company shortly thereafter, and co-founded McBride Rare Books in 2018.

Joe Fay began his bookselling career at Half Price Books shortly after graduating from St. Edward’s University in Austin, Tx. in May 2000. He then worked as Manager of Rare Books at Heritage Auctions for eight years. In 2014, much to his surprise, he was hired by Bill Reese (mainly because he was a Texan, as it turned out). He worked in various capacities in the Americana Department of the William Reese Company until October 2021. In May 2021, he earned an MLIS from the University of Alabama, which he has no plans to use anytime soon.